Mount Srd is a 412 meter high mountain located directly north of walled city of Dubrovnik. Fort Imperial, which was built by Napoleon between 1806 and 1816, can be found on the mountaintop.

Visitors can catch a cable car up the mountain and enjoy a spectacular view of Dubrovnik and the Adriatic Sea.  One should allow approximately 1.5 hours for the return trip. 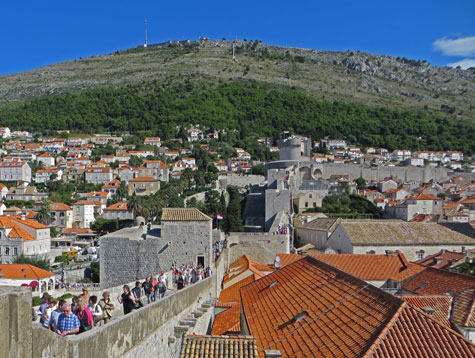 Mount Srd was the location of some of the fiercest battle during the Croatian War of Independence which was fought against the Yugoslav Army between 1991 and 1995.   There is a museum about the war set-up at Fort Imperial.