Sponza Palace is a beautiful old building that was built in 1522.  It is one of the few remaining structures Dubrovnik's Golden Age.

The palace is currently used as the city's archive and sometimes is the venue for art exhibits. 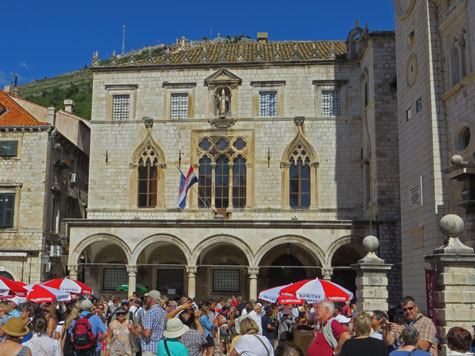 The place also has a memorial to the Dubrovnik citizens who perished during the 1991 conflict with the Yugoslav army.